May 1st – I heard a tūī today, and I thought it seemed closer than usual. I looked out of my window and there he was right outside my office. I rongo au te waiata ātaahua o te Tūī.

It’s so good to get a bit further afield than our back yard. Much as I love Hamilton Gardens and the Waikato River and walking along it has been my saviour over the last few weeks, it lifts my heart to get up high! Back up the puke (Kakepuku) today… it’s a while since we’ve been and the landscape is a bit greener than last time!

I think I mentioned last month that the country has gone into baking fever – now it’s time to use up the gluts of home grown produce! Spent an afternoon preserving feijoa, chilli and limes all from the garden. This is a great pickle recipe and really easy to make.

Moonrise over the Waikato River.

Work has started again on the new road.

Glass … I am taking part in a collaborative photo book at the moment and today’s theme was glass… this wee vase was my Mum’s and I’ve always loved it.

Tonks found the sunny spot. I sat with her for a while and warmed my cold fingers on her fur. I have Raynauds and even in warm weather my fingers go dead so this is a luxury not many will appreciate!

First time seeing my big son after 6 weeks in lockdown. so good to hug!

Another view of Turtle Lake. It’s been fascinating seeing all the different views and colours of the sky, the trees and the lake over the last month.

I’ve finally succumbed…a training programme! What have I done? Only gone and said I would enter an 85km race – persuaded by my friend Jo as it falls on her 60th Birthday! Now got to get a place in the race!

Dusk – the Waikato river – longest river in NZ, flows through the Waikato region and Kirikiriroa. We decided to walk the other way this evening #bubblewalk

It’s that river again! The Mighty Waikato. taken from the bridge in the previous photo looking to the next bridge!

We escaped! Back on the trails as we move into Level 2… so it had to be time to bust out a handstand! A new trig on the Western Okataina Walkway. A two day virtual trailrunning event Squadfest – pick your own challenge and commit to completing it over two days. We decided to do a marathon. This is day 1 – a hilly half marathon.

I don’t think I’ve seen the Waikato river as still as this before! like glass! Day 2 of our Squadrun challenge – back to back half marathons. I much preferred yesterday’s terrain… hills mean I have an excuse to walk! This was all flat but enough elevation (50m) to make our total 1000m over the two days! My 2nd fastest half marathon – so not bad especially after the hills yesterday.

One of the by-products of the rāhui seems to have been a proliferation of graffiti. Some of it is quite clever, a social commentary of the time, some is clearly kids just bored. This one just seems destructive and disrespectful. Obliterating someone else’s artwork… maybe I’m wrong… maybe it’s just as much a social commentary as the rest?

The Waikato River…again!!! The evening sky was just stunning today!

The rāhui seems to have brought the birds into the garden. This Tūī has been around a fair bit. I just missed getting a very cool photo of him!! Yeah, right! Must be a Tūī ad!
I got the caption corrected……

I /ka rere te Tūī i mua i taku tango i te whakaahua.

Coprinellus – I spotted heaps of them on a tree trunk in our garden as I was hanging out the washing today. I loved how the daisy contrasted against them.

Work is continuing apace up at my trig trail. The big trees were cut down on the first day of Level 3 and the diggers and tractors are busy transforming the landscape and preparing for the road and the bridge that will cross the Waikato River. #progress #manatwork
E hanga rātou te huarahi hou. Ka hanga rātou hoki tētahi arawhiti ākuanei nā whai anõ i tope rātou ngā rākau nui i tērā wiki.

Olga da Polga was a favourite book when the boys were little and they got guinea pigs. They called one of them Olga da Polga. Can’t remember what the other one was called! I came across the book in a box as I was sorting the garage out. Memories!

This is a kiwi feather. A DoC ranger brought it into the Maungatautari visitor centre while we were having coffee. It is amazingly soft and almost like wool. Apparently, it is illegal to keep feathers from endangered birds like kiwis unless you have permission.

Playing with leaves and photos and drawings… creating art from art. It’s amazing what you can do in online meetings…..!

Autumn colours. I love these trees on the bank of the Waikato and the way they have a carpet of rich auburn leaves at this time of the year. The light of the evening sky provides a beautiful contrast.

Flying today! Exciting to be travelling again now we’re well into Level 2. Off to Wellie for a few days away. Physical distancing on the plane meant people all sitting at window seats except for couples. (the ATR only has 2 seats on either side of the aisle).

Signs of the times! Most people seemed to be complying at least during the day – later on Saturday night not quite the same!

It was a lazy sort of a day but eventually got my a into gear and went out for a run. Hard to believe that this is just 5 minutes from the house!

An oldie selfie! So many photos today as we saw heaps of birds as we went round Zealandia… especially the Kākā and Tieke. Thought I’d end the month with this one of the two of us!

Find beauty in the ordinary.

I’m unsure what ‘ordinary’ means…. is it the things we do everyday that are unremarkable to us simply because we are accustomed to doing them? Or the places we are so familiar with that we don’t ‘see’ them any more?

It is easy, when we are busy, bogged down in the minutiae of everyday life, to forget to look at the beauty of the world around us, every aspect of our world. Sometimes, it is enough to look up, to stop for a moment and smell, breathe, wonder…

I drive past this gate on a winding road in the middle of King Country. On the other side of the road just a bit further on there is a viewpoint that on a good day gives a fantastic view of Tongariro and Ruapehu. On this particular day it was raining, the cloud was low and this ‘ordinary’ view struck me with its atmospheric beauty.

I run through Hamilton Gardens quite a lot and it is not always easy when I am pushing myself to appreciate my surroundings…. I stopped to take this photo when I noticed the shadows I was running through. I’m glad I did!

Kumara field… ordinary but extraordinary. I love the lines, rows, even spaced mounds. Beautiful in their simplicity and practicality.

What could be more ordinary than the sky? But yet every sky is beautiful, different, unique. 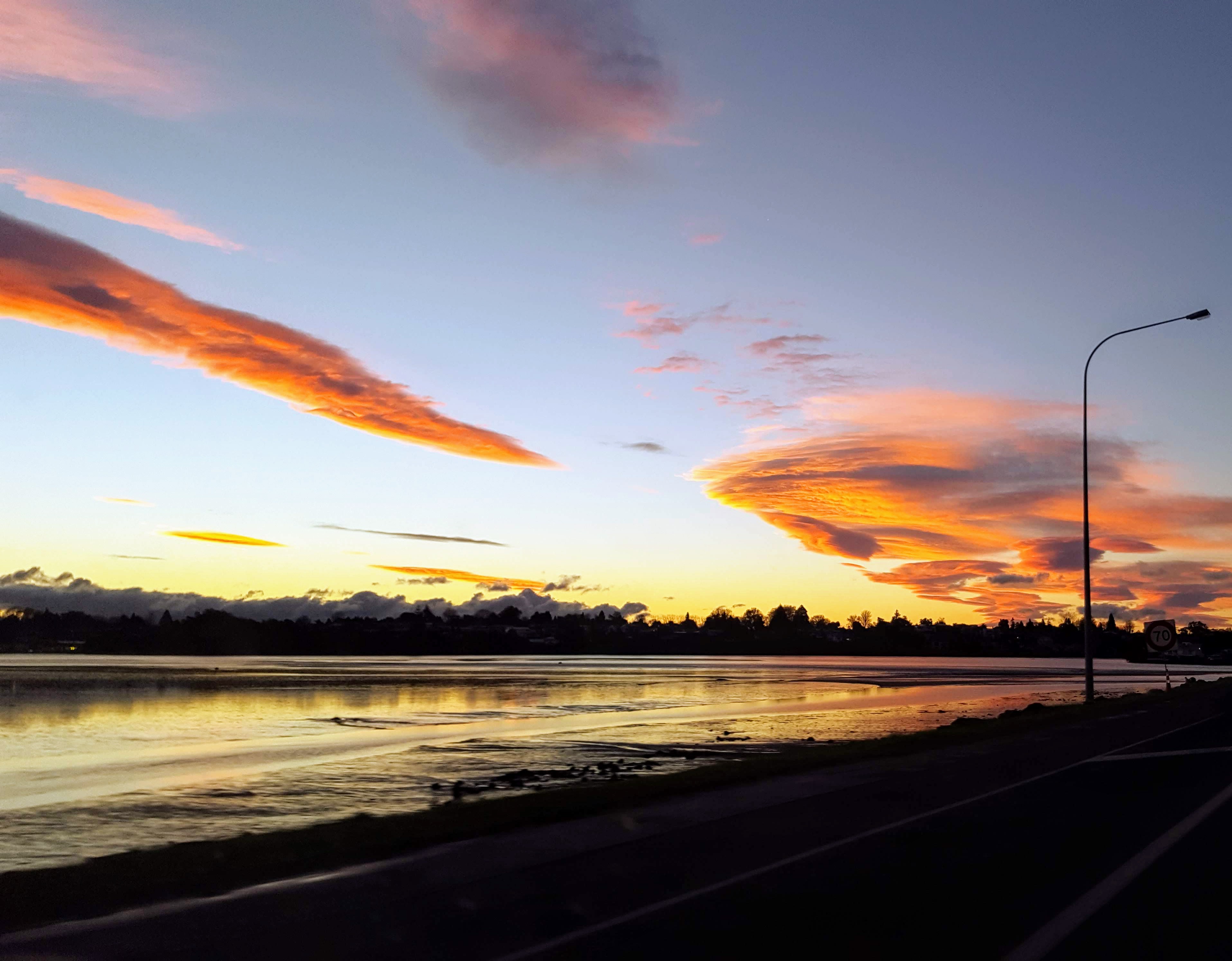 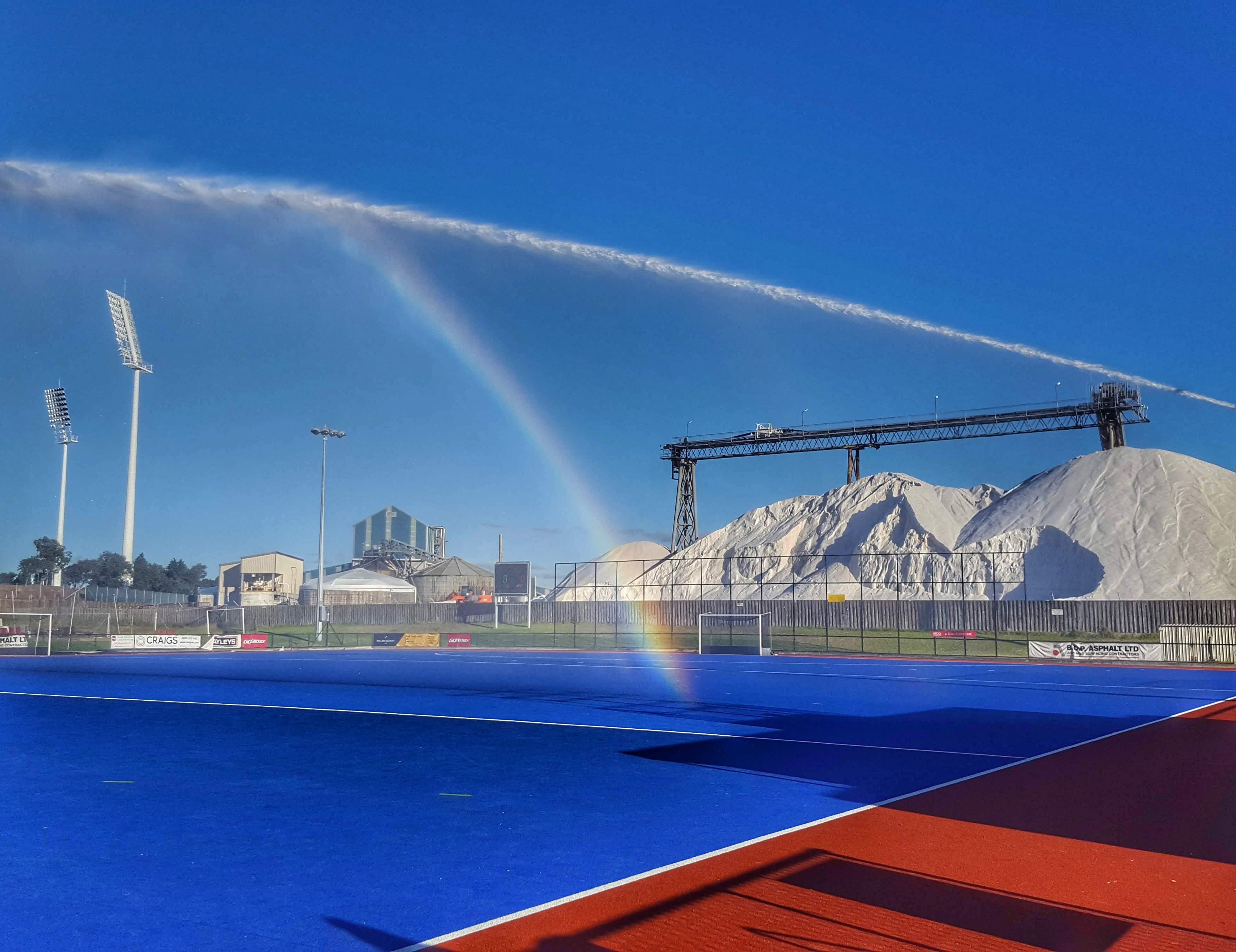 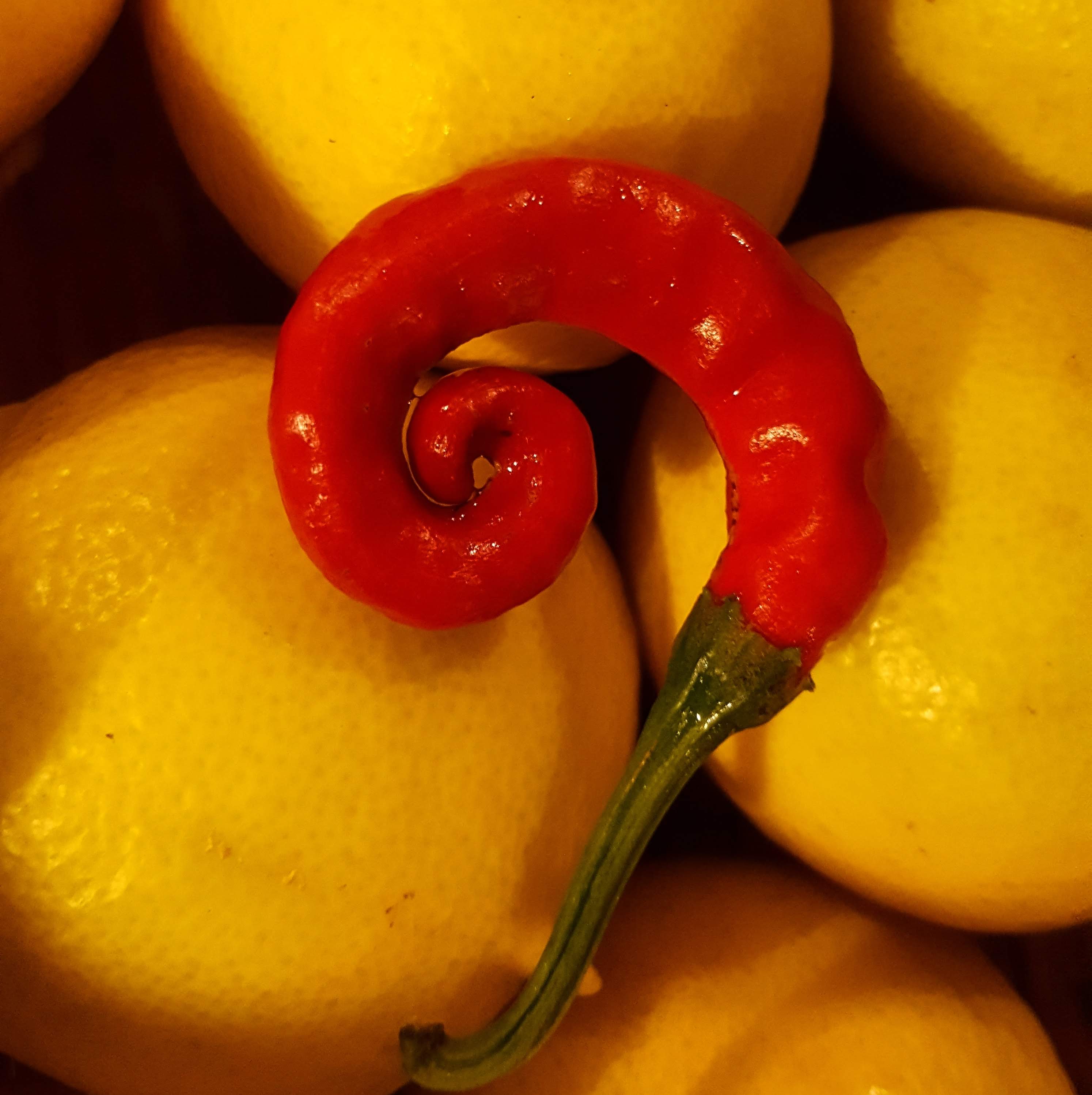 Week 14 asks us to connect two or three photos together to provoke a thought or to tell a story.

My biggest challenge was finding an app in which I could frame two or three photos. I fell back to ipiccy as this is a photo editing tool I have used before.

I am well behind on my weekly challenges but have had the project titles in my head as I have been out and about.  We have recently spent a lot of time in the NZ bush and as it is Autumn, there are heaps of mushrooms about.  The other day we found these Slender Parasols up by the trig point in Hamilton Gardens in various stages of development. 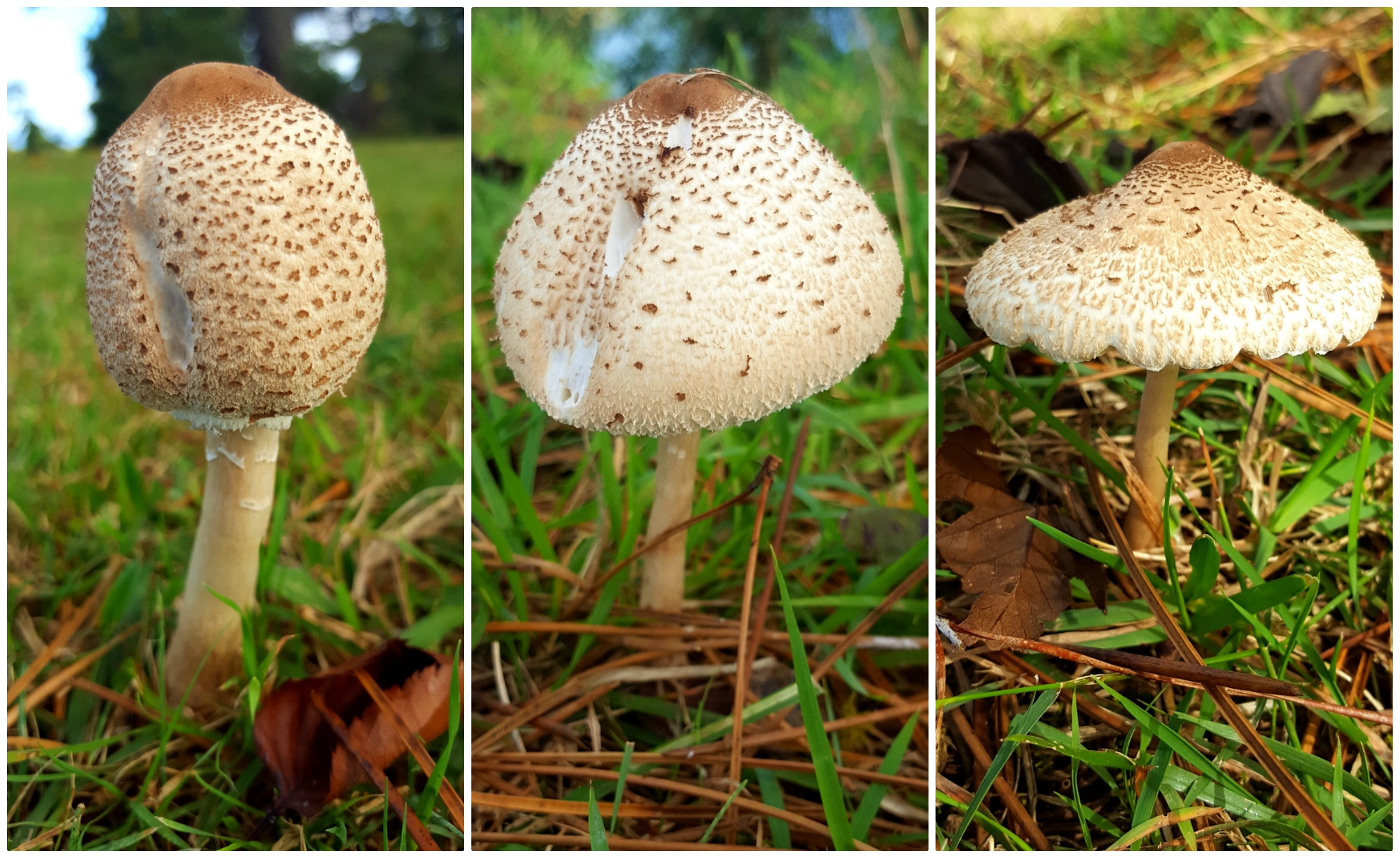 A new garden has recently opened at Hamilton Gardens. I was not too impressed with the Tudor Garden but I really like the Concept Garden.  The squares of water, and different types of plants reflect the squares on land maps.  The Māori whakatauki on the wall and the rusted iron water tank tell contradictory stories of the permanence or fragility of the land and the people.

He peke tangata, apa he peke titoki’
The human family lives on while the branch of the titoki falls and decays. 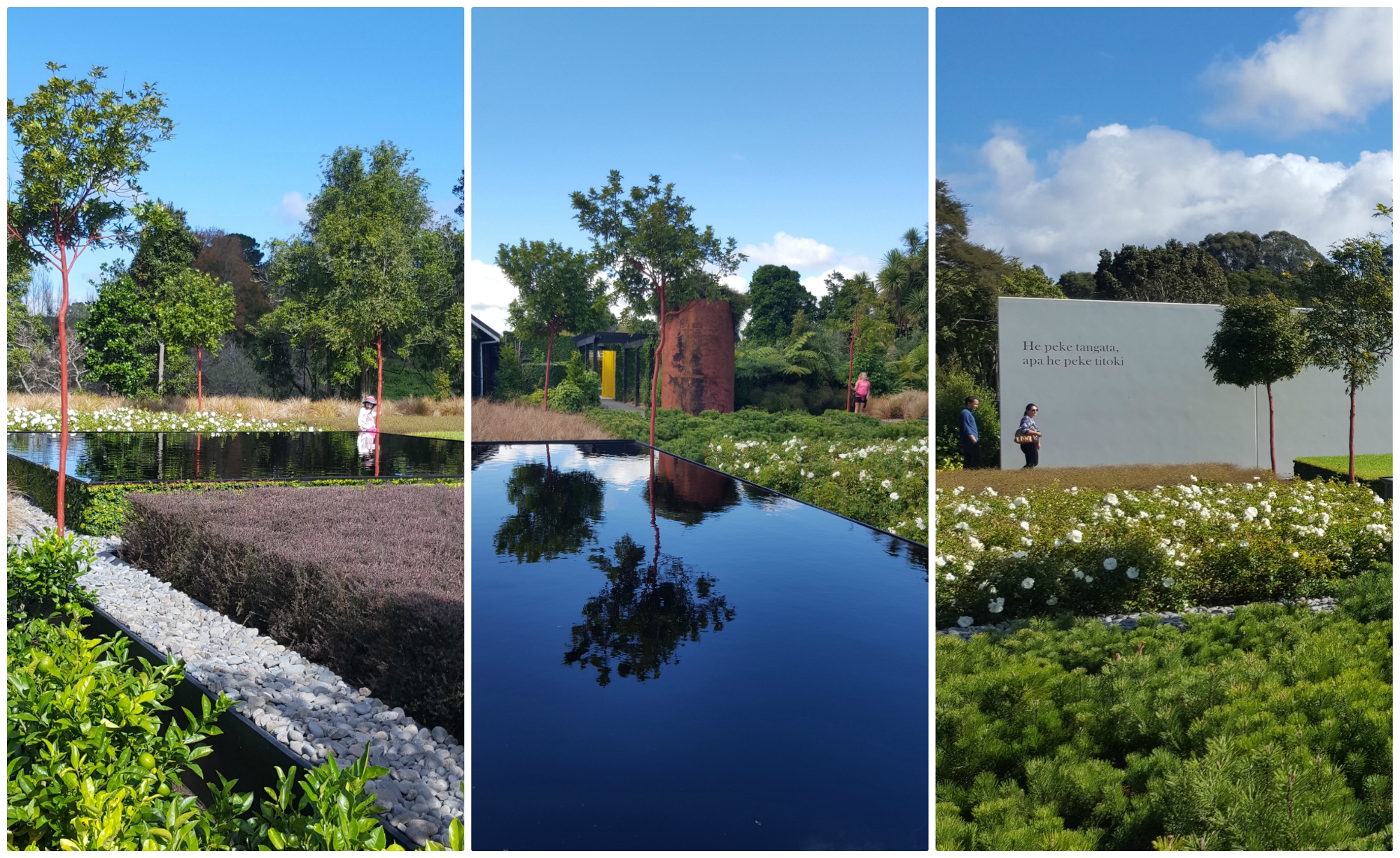 My third option is a city scape – I used an app called Tiny Planets which is a bit of fun to create the images in this collage. All the images are from the same photo but one is the original and the other two are edited in Tiny Planet.

Back to nature for the last one. Once again on our wander into Hamilton Gardens on Anzac Day.  Autumn is good for seeds as well as mushrooms, and we saw these plants in various stages from fresh green pods to fully blown seeds.

Too many choices again!

Another hot day in the Tron. Caught the tail end of the day on my way home. 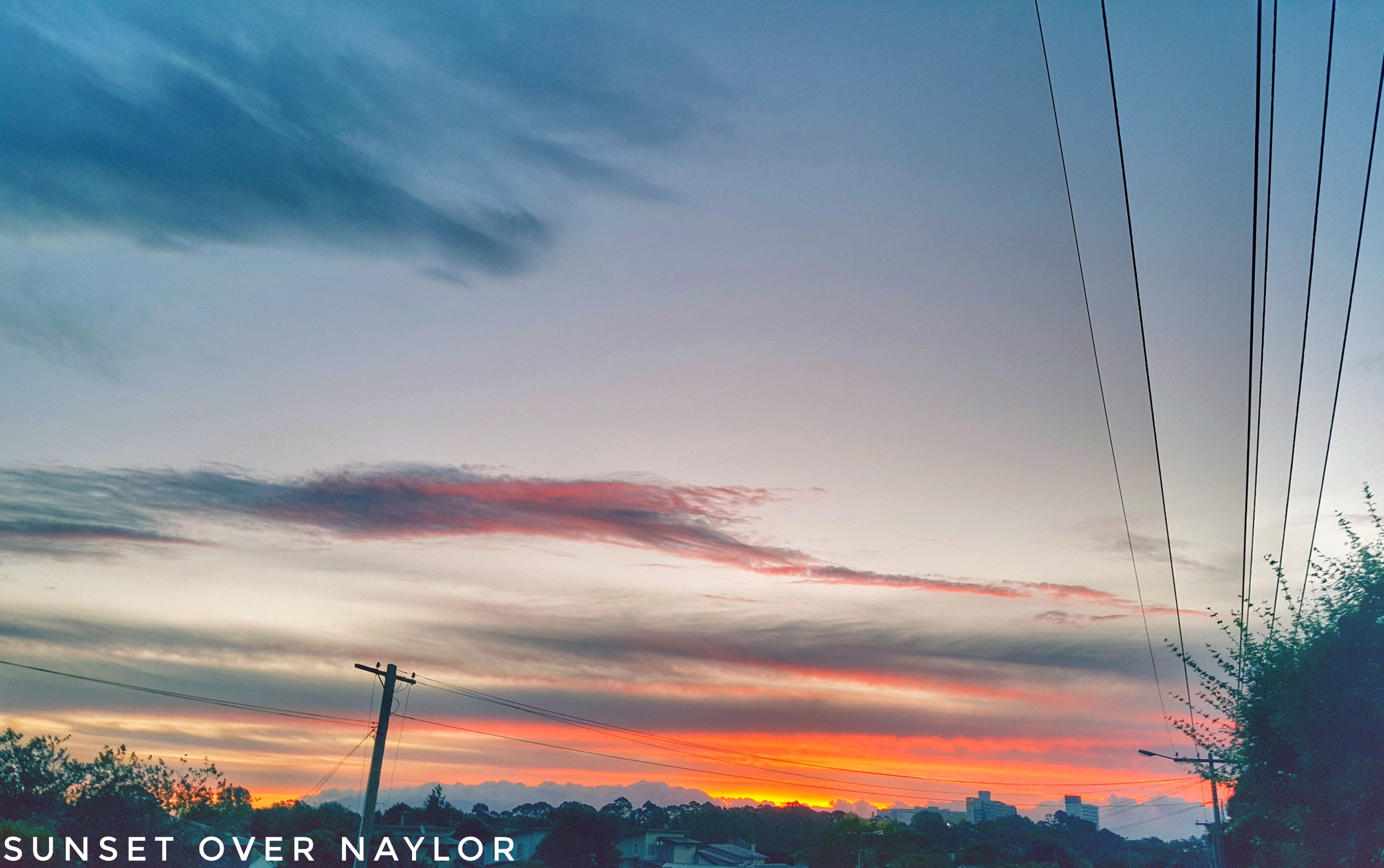 Who decided that a beer and wine tasting event from 11am followed by a 30th birthday party was a good idea after yesterday evening?! It was a long day but we battled through! Rewarded by an amazing rainbow and sunset. Might have to give you both photos… 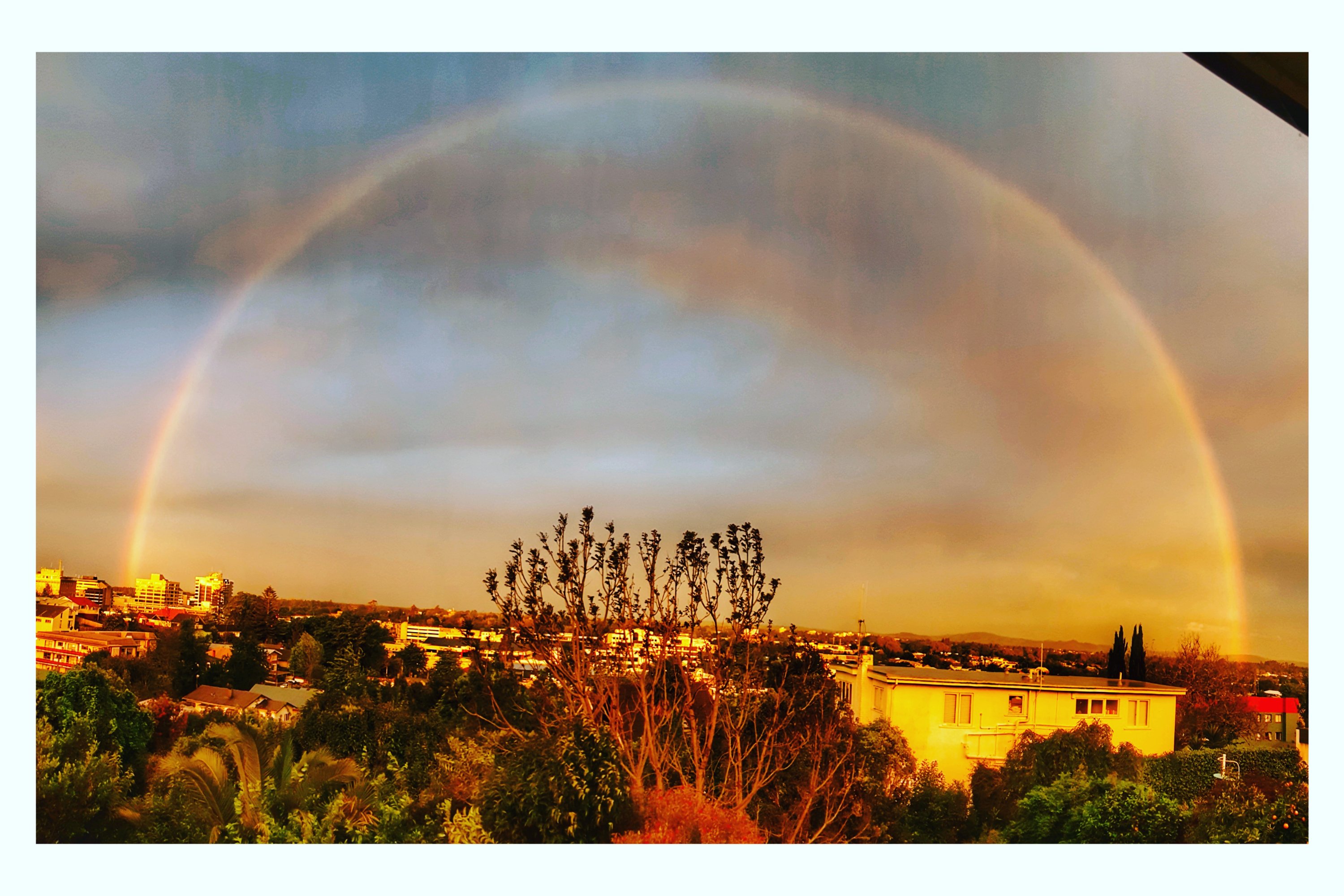 After a long day yesterday working with teachers in Tauranga it was catch up time today. Lots of admin but also an early finish to make the most of the glorious weather.  An early start meant there was time for a late afternoon run at Little Waipa. My fastest 12km yet on that route! Stuffed but pleased! And a beautiful sunset.

Evening walk up Pukemokemoke. Great to get out. 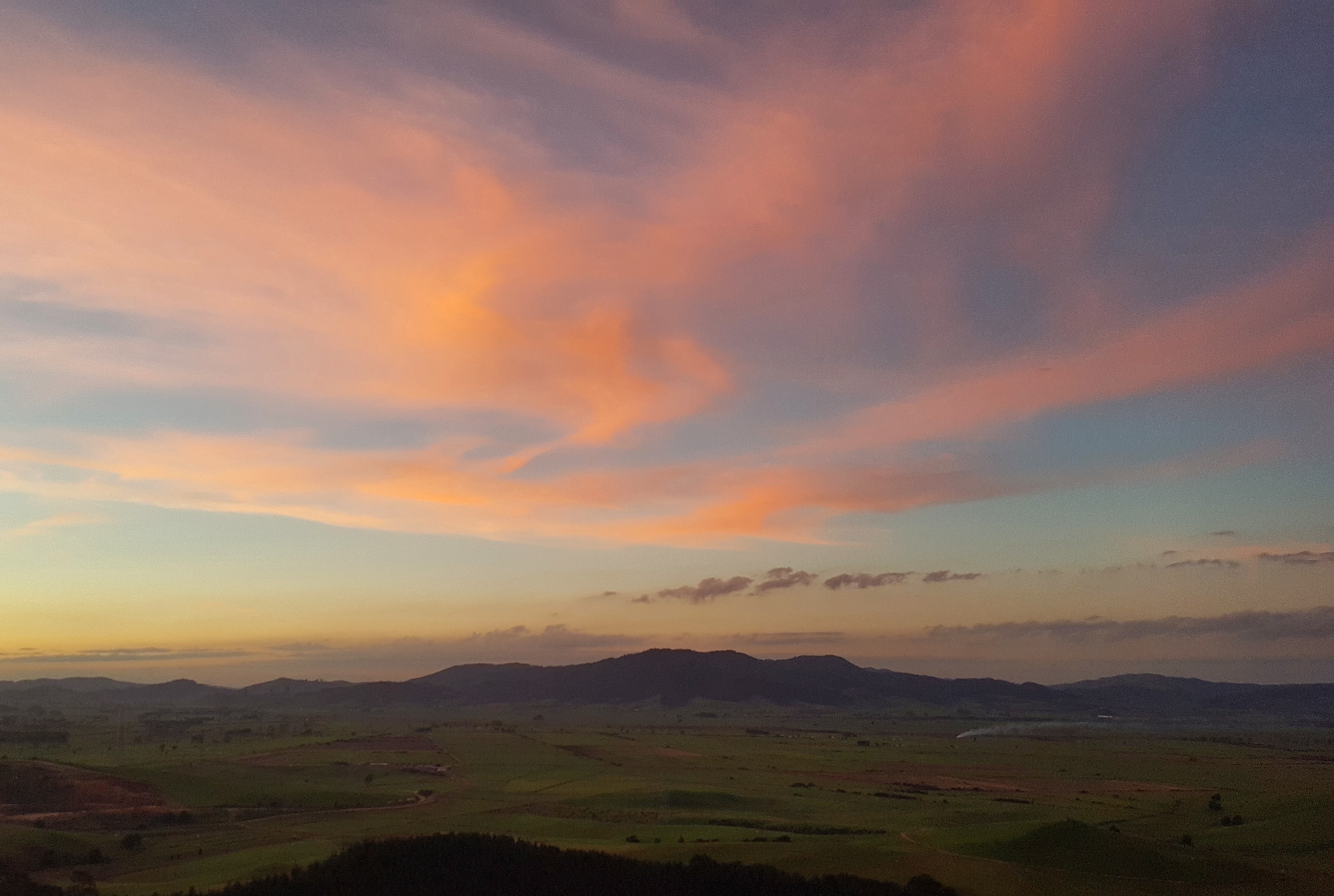 Two sleeps to go!  After 3 hours in a car and 3 and a half hours sitting down in a school today, a walk to the pub for 3 beer Thursday seemed to beckon!  Glorious sunset. This beer was called Yellow Eye. 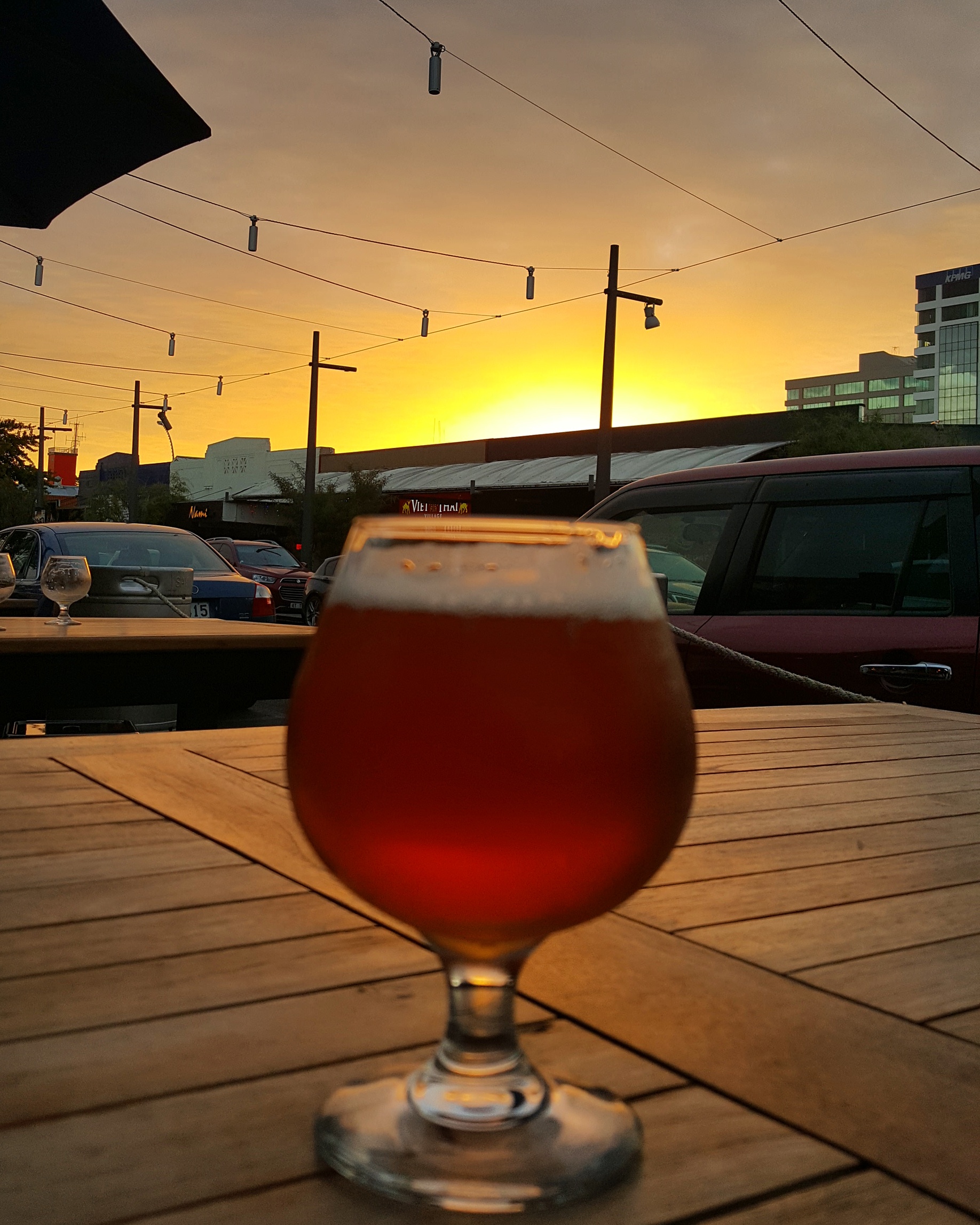 What a stunner of a day! Early start for a run around the forest behind our holiday home…FREEZING!! But the sky turned blue and the sun shone warmly. Definitely know you’re in an alpine environment though – the air is clear and the sky is huge! I took shots of the same view throughout the day – all beautiful but this is my favourite. 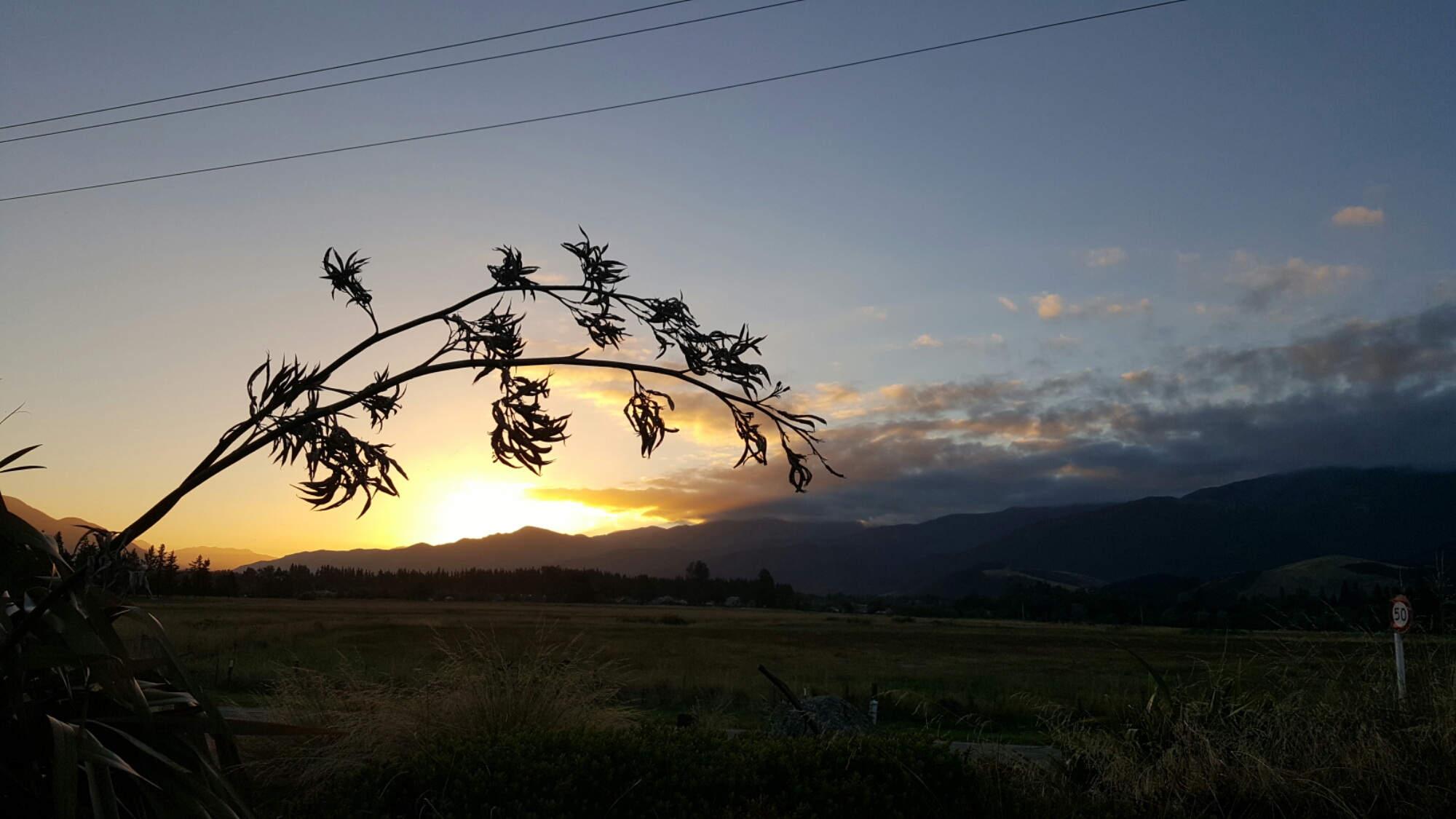