The winterless north certainly delivered today. The sky is blue and the sun is warm but there is a chill wind (it is winter after all!) We stopped on the way home at a view point.

Another blue sky day but a work day for me! Never mind it’s a day off tomorrow!! I escaped at the end of the day just in time to buy some new running shoes!

Don’t forget to look up!

Catch up day! One of the fall outs of being on the road is catching up with ‘real work’. That was today! Good to be able to enjoy the summer in my own backyard though. The butterflies are still enjoying late blooms on the buddleia. (I managed to wipe out the paper wasps with a good dose of fly spray!) 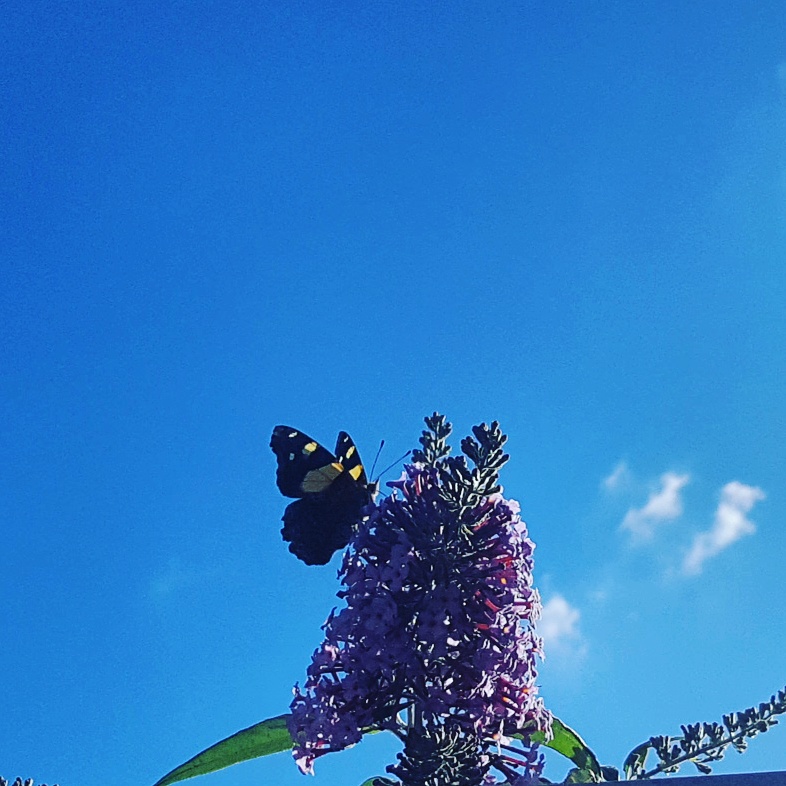 Long weekend with a lazy start and breakfast in the garden. Then water blasted the outside of the house so it’s all cobweb free and sparkling white. Hope the blue sky continues. This is the view from my swing seat.

Day 1 of the India Rankin Cup and not a great start for the Hilly Boys. Despite dominating possession they didn’t manage to score and Bethlehem took the chances they had and won. In the afternoon the boys played really well, much better than this morning, but were simply outclassed. Gus came away with a pulled ligaments after rolling his ankle in a collision with one 9fcthe STACs players. Hopefully he will be able to play later in the week.

In between games we went for a drive round the bays and wandered a bit.  I love the bright yellow of these oxalis against the bluebird springtime sky.

Holiday weekend and a visitor from the UK so a trip to the beach was in order.  Kawhia has been in the list to visit for a long time and we finally made it out there. What a beautiful place so hard to choose a photo. But I like this one of the Wharf full of families enjoying the water – so much life!