Learning all the way today. I spent today in the office in Auckland learning about Te Tiriti o Waitangi and NZ history. Inspiring. Unfortunately, no photographic evidence so I’ll go with Day 1 of the black and white challenge. Take a photo from your daily life with no colour, no people and give no explanation. Easy peasy except I’m in the city and I’m a people watcher… 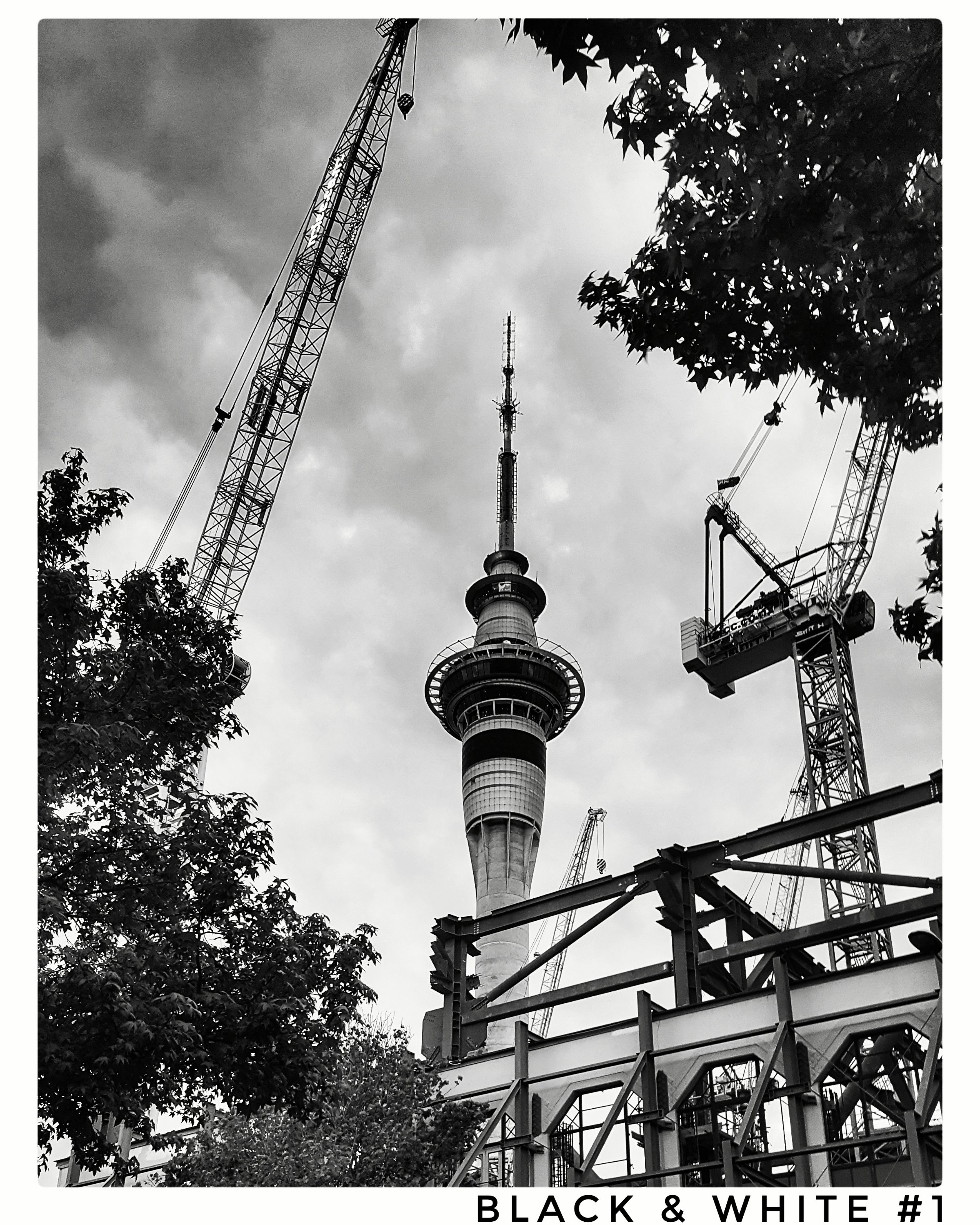 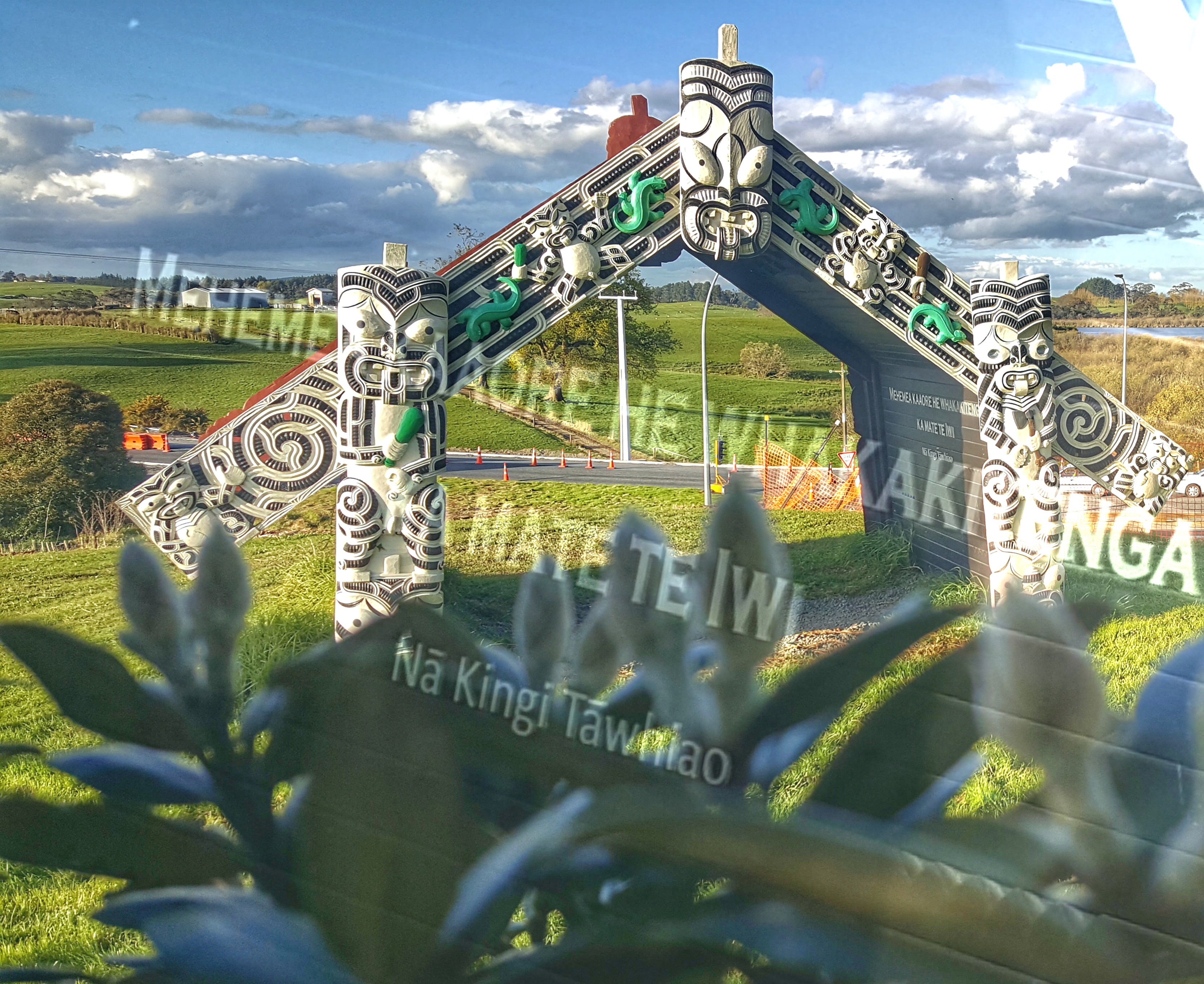 I stopped at Rangiriri Pa on my home from Auckland. Some work is going on there to develop this historic site and redress in some small way the wrongs that were done when the SH1 was driven through the site many years ago. 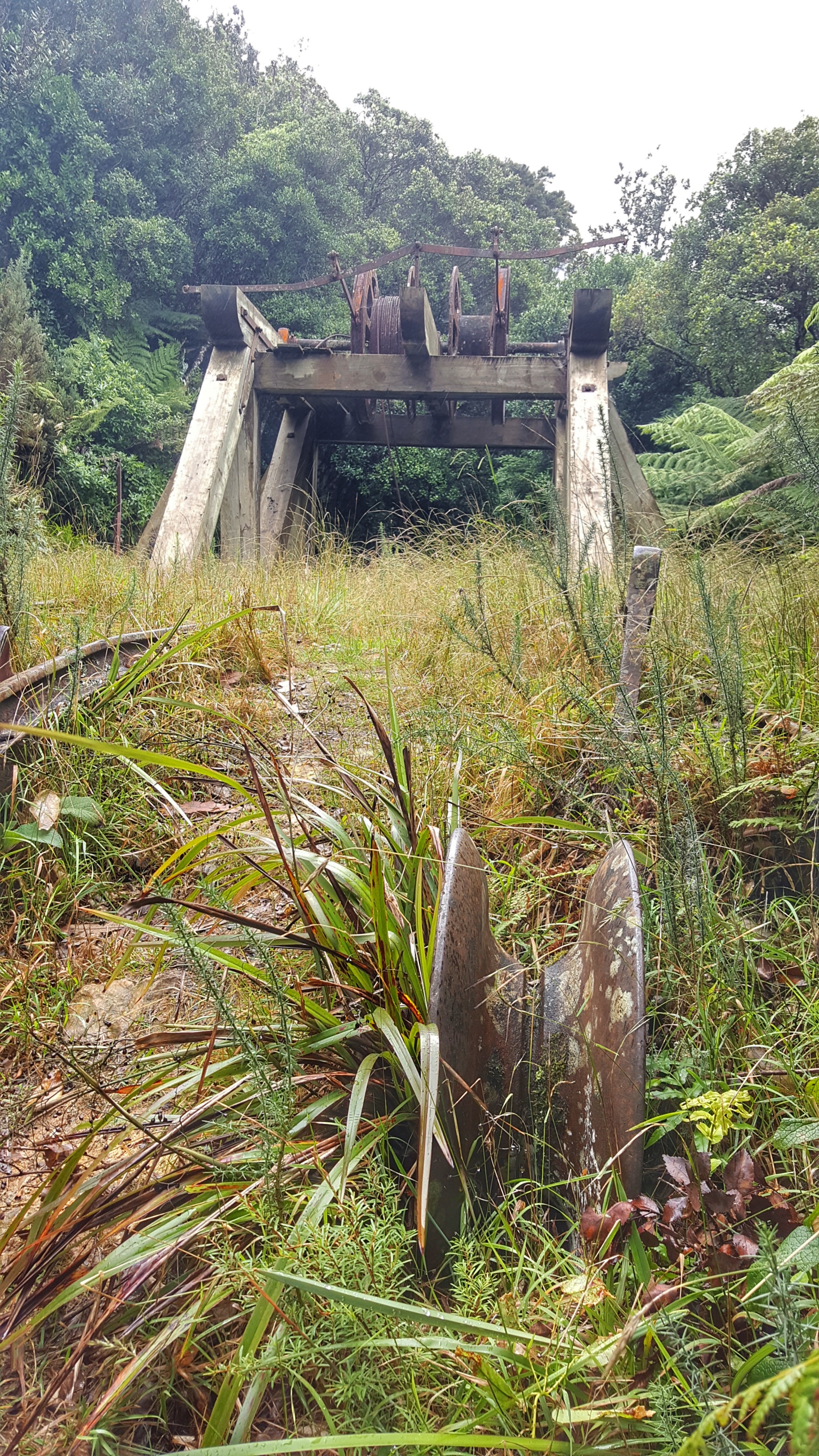 A beautiful afternoon on the trails on the Waitawheta Tramway. I’ll have to go back and do it in a more leisurely way to find out more about the history sometime. It was fun running the swing bridges and hiding in humongous tree stumps! 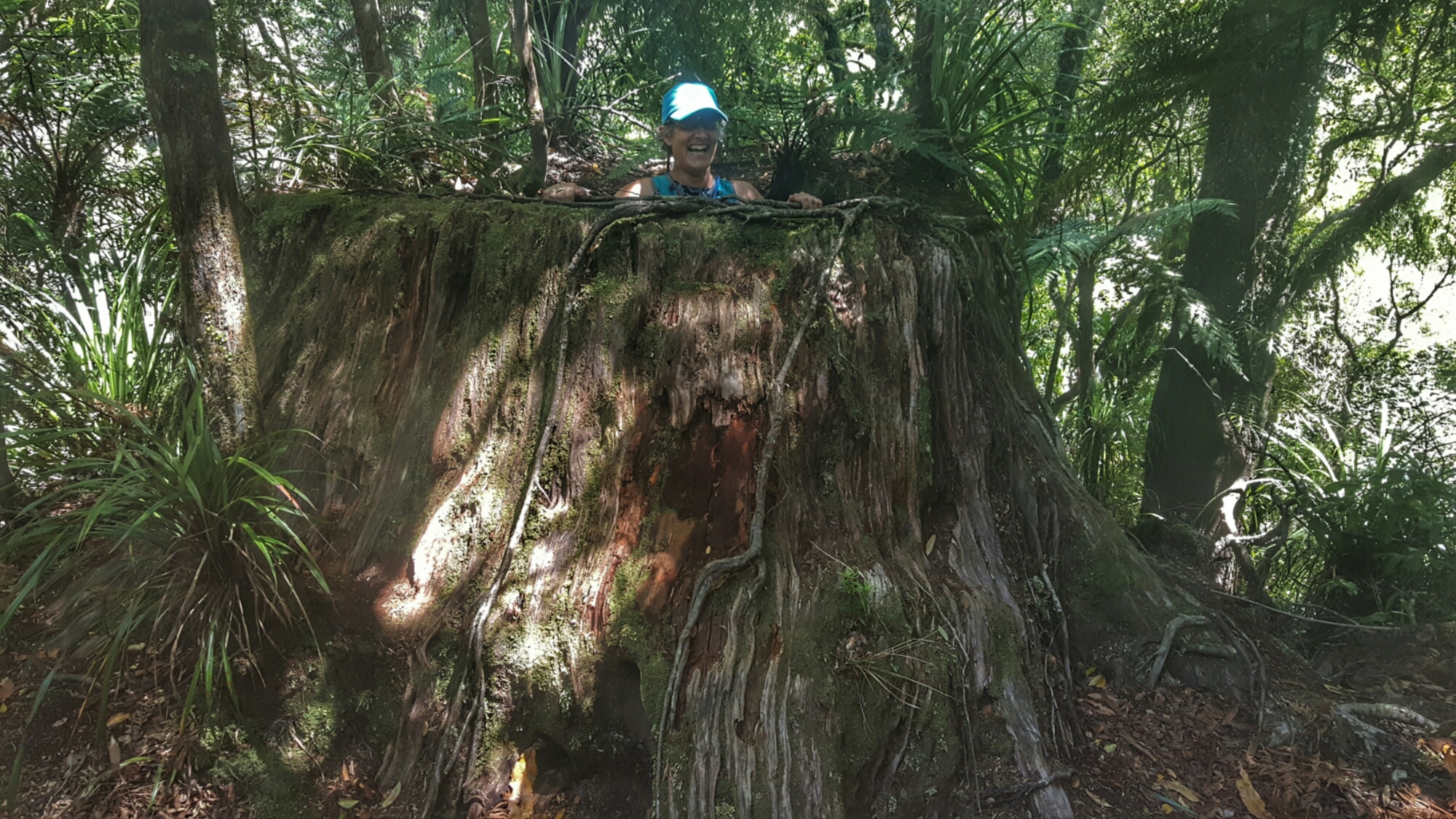 Fireworks are exploding all around us!  Guy Fawkes seems a strange thing to ‘celebrate’ in NZ so far from the British Houses of Parliament.  The 5th November is also the date when 1600 volunteer and Armed Constabulary troops attacked a peaceful protest against land confiscations at Parihaka on behalf of the NZ government. It seems a more fitting historic event to remember in NZ at this time of year (though not to celebrate) and fireworks certainly wouldn’t be appropriate.  I don’t think we could replace one with the other, though.   There is a movement to have a date around this time of year to commemorate the NZ Wars in some way. But it can’t be 5th November because the tradition of Guy Fawkes is just too strong.

Anyway, today’s photo has nothing to do with fireworks! It’s a white poppy bejewelled with raindrops that I spotted on a walk today! More work on the garden; we now have two veggie beds filled with soil – and a lot of garden waste that needs disposing of.

This afternoon I went to Waikato museum for the launching of a mighty tome called ‘The Great War for New Zealand: Waikato 1800 – 2000’.

We listened to a fascinating conversation between the author, Vincent O’Malley and Tom Roa from University of Waikato and Tainui. This article from Radio NZ  gives more insight into the book

Vincent O’Malley says that “Tainui have never forgotten the atrocities that were committed against their women and children at Rangiaowhia, for example. Or what really took place at Ōrākau. Those memories have been carried on down through the generations. They’ve even been reflected in the names people are given. For example, a common name for many women in Tainui was Mamae, or pain, across many generations to carry the remembrance of those events.”

On the other hand, the way that history has been remembered from the Pākeha point of view is very different. He suggests that “There was this period of myth-making followed by complete silence.”  A couple of people stood up to own that they had grown up in New Zealand, close to some of the key historical sites and never knew what had happened. They had never learned the history in school and their parents didn’t know about it either.

The point was also made that whilst we might feel ashamed about what happened, we weren’t there and so shouldn’t own the guilt of association with our tūpuna. However, we should acknowledge the truth and learn from it. Day 2 India Rankin Cup and an early morning game up the Kapiti Coast at Paraparaumu. The boys played hard and worked well as a team but were simply outclassed by a slick Auckland Grammar team. Men against boys,  really.  Gus’ strained ligaments are officially a broken bone after a visit to the physio and then X-ray … so he is now in a moon boot and unlikely to play the rest of the tournament. He’s gutted!

We had a wander round Petone late afternoon – I love the old buildings and the juxtaposition of the grand,  old designs and the tacky add ons of the modern shop fronts. Quite sad how some of those old buildings with a sense of importance or gravitas have become purveyors of tacky trash.